For people suffering from severe depression, the road to remission just became a lot shorter: The treatment is known as Transcranial Magnetic Stimulation (TMS), and MagVenture has now, as the only TMS provider in the US, received FDA clearance for a newer and much faster treatment protocol which will cut down treatment time to just 3 minutes per session*. Before that, the required treatment time per session was up to 37 minutes.

TMS has been FDA cleared for treatment-resistant major depressive disorder since 2008. Since then, over 1,000 psychiatric clinics have emerged in the US. Most private health insurance companies also cover the treatment. The relatively long treatment sessions have, however, not only limited the treatment capacity for TMS practices but also hindered a more widespread dissemination. Until now, each session has been up to 37 minutes long, with 20-30 sessions needed in total.

A TBS treatment session lasts only 3 minutes and thus has the potential to revolutionize the clinical field of TMS. “We have named it “Express TMS®” because that’s what it is: a treatment which is just as safe and effective for the treatment of depression as conventional TMS, only much, much faster. We are happy and proud to be the first in the US to receive an FDA clearance for this revolutionary treatment which is backed up by substantial scientific evidence. Our current treatment system, MagVenture TMS Therapy, can easily be upgraded with the new Express TMS option. This will enable our many customers to treat far more patients per day without having to invest in another TMS device. For people needing treatment, this will also be a huge benefit, as treatment will now take up less of their time,” says Kerry Rome, Vice President of Sales, MagVenture Inc.

The new FDA cleared treatment protocol, currently only offered by MagVenture, is based on a new clinical study, named the THREE-D trial, and led by a partnership of three leading research hospitals in Canada (CAMH, UHN, and UBC). It is the largest, double-blinded, randomized TMS trial to date, with 414 participants suffering from major depressive disorder. Response/remission rates were 32% for those receiving the TBS protocol, whereas 49% had an improvement in their depressive symptoms. These rates are similar to the standard, longer TMS protocol. The article was published in The Lancet in 2018. 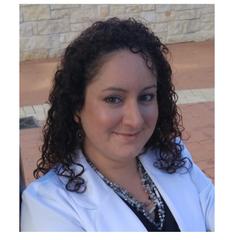